What’s the Better Investment: Bitcoin or a Pre-Construction Condo?

Bitcoins or real estate? I’ve been getting this question a lot these days, and it’s easy to see why: bitcoin’s getting plenty of hype in the investment community.

But it’s still an asset type with lots of uncertainty.

Just as an example, Bill Gates has been really optimistic about its potential—not just as a technology, but as an investment, too. Warren Buffet, on the other hand, not so much. He’s called bitcoin a “mirage”, explaining that “you can't value bitcoin because it's not a value-producing asset.”

What is Bitcoin, exactly?

Bitcoin is a decentralized, unregulated currency that’s created and held electronically. It’s just one of many cryptocurrencies out there, all of which operate using blockchain technology.

Think of a blockchain as a ledger that no one person controls. A public list of records. What makes it so innovative, and potentially disruptive to trust services like banks and notaries, is that it records transaction details for anything involving value. It traces ownership. In doing so, it authenticates these transactions.

Let’s just let that sink in for a moment.

Now, before you start kicking yourself, keep in mind: these numbers lack context. They don’t exactly tell us the whole story. The highs and lows. All you have to do is look as far back as Christmas, when bitcoin price plunged over 22% to see what I mean.

How did this happen?

A cryptocurrency pioneer appeared on CNBC warning viewers about bitcoin’s scaling issues. Seriously, that’s all it took. Just last week, bitcoin took another nosedive after South Korean Justice Minister Park Sang-ki said that a bill was being prepared to ban cryptocurrency trading in the country.

Finally, let's not forget this week's crypto crash, which saw bitcoin lose 33% of its value and drop to 50% of its 2017 peak... in just a couple of days. So much for being "bubble proof". 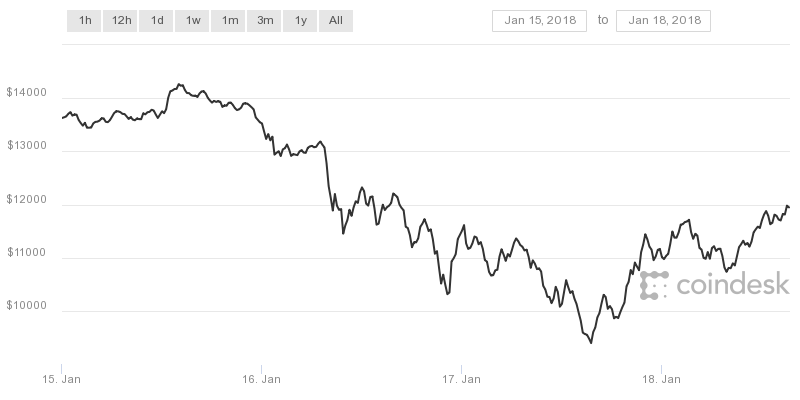 And this leads me to one of my biggest problems with bitcoin—with all cryptocurrencies, actually. They’re way too volatile.

Back in 2010, a bitcoin was worth pocket change. Sadly, it’s not 2010 anymore. Today, investing in four bitcoins would roughly cost the same as the down payment on a preconstruction condo.

Which brings us to the big question…

One Pre-Construction Condo or Four Bitcoins?

I’ll take one preconstruction condo over your four bitcoins every day of the week. And here’s why.

Risk versus return. As an asset class, real estate is a safe bet over the long term. It’s low risk, high return. Bitcoin on the other hand… well, it definitely yields a higher return, if you’re lucky. But the risk is a lot higher, too. Think a game of roulette.

On Bigger Pockets, investment advisor Paul Moore observed that the return/risk profile for bitcoin would probably look like the return on the lottery, and I think this is a pretty good analogy.

But it also depends on the kind of investor you are. And what your financial goals are. For me, a good preconstruction condo is an investment I don’t have to worry about. I lease it out, it sits, builds equity while generating positive cashflow (thanks to Toronto’s higher rents), and over time it builds value.

That’s the beauty of an effective passive income strategy.

The speculative nature of bitcoin makes it way too risky. At least, if we’re talking the kind of money that could fetch you a promising investment property. That said, for pocket change—why not?